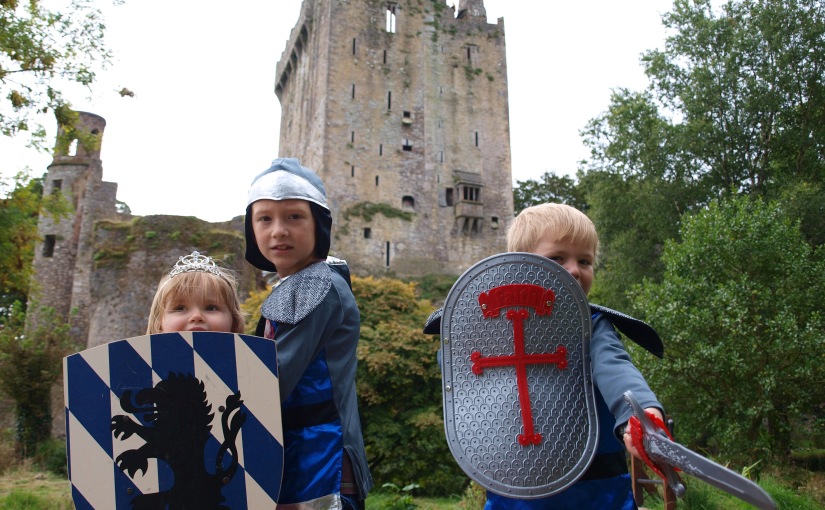 At our house, I’ve always been the bad guy. To be more precise, I’ve been a lot of bad guys. Sometimes it is just part of me, like when my hands became the Flying Tickle Spiders. Other times I’ve needed extra props, like the brown blanket for the times when the Muddy Hole Troll tried to trap my children in his muddy pit in a terrible plot to keep them filthy. In lightsaber fights, Sith Seth has always been the one threatening destruction and calling good little Jedis to join the dark side. Then there have been attacks from the electric Volt-ure who zapped children (disclaimer: no real electricity was involved) and the Alien Chef who has tried to make them into sandwiches between the beanbags. Our house has been a dangerous place.

The thing is, all my terrible plots have ended in failure. I guess I’m not really that great at being an evil mastermind. Somehow, the children have always found a way to defeat me. Which is fine. Actually, I’m happy. I want the bad guys to lose, too. Yes, our house can be a dangerous place, but it is only silly danger, and my children can fight my evil plots with complete confidence of eventual victory. We just have fun together, and I hope they remember that. But I hope they remember more—I hope they hold on to that feeling of confidence, of knowing they will win eventually. They are growing up now, growing beyond the games and closer to the reality of the world, and here’s the thing: the world is a dangerous place.

The danger in the real world is not silly. It is deadly serious. There is real evil, and there are real evil plots. If my children try to stand against that evil (as I certainly hope they will) there will be real battles of one kind or another. What I want them to know—and to feel to the very bottom of their bones—is that even when it all looks hopeless, good can still win. More than that: good will win. Maybe not every battle. Maybe not every day. But it will.

This is the victory of the gospel, that God has defeated evil already on the cross, and that the outcome of the war is already decided, even as the individual battles rage on. As my children face the difficulties and battles of life in a broken world, I want them to join the fight against evil in complete confidence of Jesus’ victory. I want them to know down deep in their souls that all evil will eventually fall—just like the Alien Chef and the Volt-ure.

2 thoughts on “Being The Bad Guy”