I love the feeling that comes when I’ve thought a straight path through a difficult problem and found a solution. I love it when my brain connects all the dots and finally sees things clearly, when pieces are falling together and ideas are springing up and blooming all around me. It’s great to be there. I’d love to be there more often. The trouble is that, for me, this rarified ground of a high-functioning mind is hard to get to. Sometimes, when the day is done, I look at the excellent books I have, many of which I’ve yet to read. I want to know what they say, I want to think about the world and my place in it and how to make tomorrow better than today, but my mind is tired and then somehow I’m on Facebook laughing at a meme and before I know it, it’s past time for bed. How did that happen? Why is it so hard to think?

END_OF_DOCUMENT_TOKEN_TO_BE_REPLACED

If imitation is the sincerest form of flattery, then Snapchat is drowning in it. Twitter’s recent addition of “Fleets” to the top of their feed looks like what Instagram, Facebook, and Linkedin call “Stories,” and all of them work off the same principle that launched Snapchat to prominence: impermanence. It can be daunting to think that what goes up online never comes down, and the solution from every social app is now to offer a way to post temporarily. Now you can say what you like and dance how you please, knowing that after 24 hours the evidence will be gone and no one will be able to cancel you for it in twenty years. Usually the strings of temporary stories at the top of my news feeds are filled with simple pictures or short videos of everyday moments like stencilled coffees, beautiful sunsets, and random complaints. Sometimes they are encouraging thoughts or recommendations. Whatever they are, if you don’t look at them in their allotted time, you’ll miss them.

I grew up when Star Trek: The Next Generation was popular, and now I’ve lived to see many of their imagined technologies become real. We’re still not quite there on warp drives or teleporters, but we’re getting closer to the holodeck with virtual reality, and we already have touchscreens, computers you can control with your voice, wireless communication that is constantly available, and handheld devices that can do all sorts of things. I’ve lived to see yesterday’s science fiction become today’s reality.

END_OF_DOCUMENT_TOKEN_TO_BE_REPLACED

While adding a slew of new things to worry about, this long lockdown also removes some normal kinds of pressure. There are things I don’t have to worry about right now, like how I’m coming across in a social setting, or if I’m being too loud or too direct or too effusive or too whatever with people around me. They aren’t around, so it’s not an issue. I don’t have to follow anyone else’s rules of social engagement and politeness. I don’t have to check the temperature of the mood in the room and adjust my body and language accordingly. These days, I can slip comfortably into whatever unusual habits I prefer, and no one will give me a funny look to let me know I’ve missed a standard social cue. I can do things my way, and no one will see if my way is weird. I’m living in safety, inside the walls of my own comfort zone.

END_OF_DOCUMENT_TOKEN_TO_BE_REPLACED 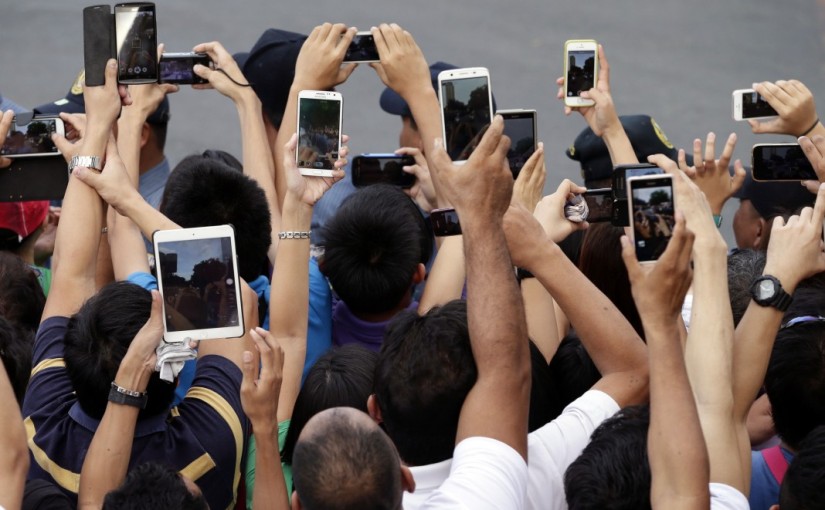 You don’t have to look far on the internet to find a mobile phone horror film. A terrible accident, a crime, a fight – any tragedy will do, from crying children to actual murders, and it’s all captured and posted online for the world to see. There will be plenty more, as well, as long as we live in a world saturated with cameras.

But Hollywood has trained us to ignore the people behind the cameras. They don’t exist, in the story. They’re invisible, along with the smoke machines and microphones and make-up artists and all the rest. If a fight breaks out on screen, we never think of yelling for the cameraman to jump in and help – he doesn’t exist.

But in real life, he does exist.

END_OF_DOCUMENT_TOKEN_TO_BE_REPLACED

Language is a flowing river, and our individual words are carried along in the current. Some meanings float along the surface, slowly morphing with time, while others remain lodged in the riverbed, unchanging for generations. Sometimes, though, a word that had been static for centuries suddenly breaks free and rushes to the top, changing more in a month than it did in the previous millennium. So it is with the word “influencer”.

END_OF_DOCUMENT_TOKEN_TO_BE_REPLACED

Our family loves camping. As soon as we get home from one excursion, we start looking forward to the next. But why?

The packing takes ages. There’s lots of specific (and bulky) equipment needed, and there are complicated logistics like cooking without a kitchen. Even with all the equipment, it’s still uncomfortable. Air mattresses are nice, but the nights are still cold, the walls are still thin, the showers and toilets are far away, and somehow the bugs seem to prefer being inside the tent to anywhere else in the world. I guess they don’t mind the fact that we all smell like the fire.

We have a good, warm house and comfortable beds. Why would we do this to ourselves?

END_OF_DOCUMENT_TOKEN_TO_BE_REPLACED

These days, the world is literally at our fingertips, connected like never before. We can get instant updates on just about everything – live sports scores from New Zealand, political manoeuvring in Washington or Brussels, and what our holiday-making friends are eating or drinking – right now.

There’s a gateway to all this excitement sitting in my pocket, and it’s vibrating…

END_OF_DOCUMENT_TOKEN_TO_BE_REPLACED

If you want to take a picture of a big impressive fire
If you want to post it up online and likes are your desire
Be sure to take your photo when the fire’s just been lit
When flames are leaping up so high it’s sure to be a hit
But then, if warming up your hands or cooking are your goals
You’ll have to wait and let the fire burn down to its coals
For epic Insta-pictures and 1,000 Facebook likes
Won’t be enough to warm you up on dark and stormy nights
Sometimes the unimpressive things are better than the show
Sometimes the things you wait for are the best things you can know