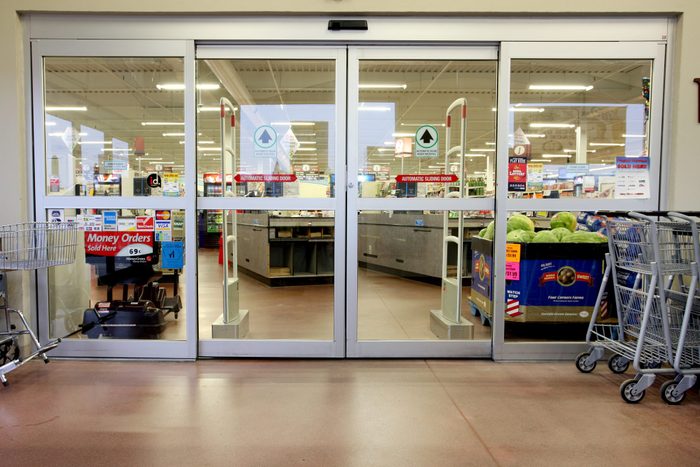 When my second son was three, he didn’t walk—he marched. Everywhere. His stride may have been short, but it was full of confidence. I vividly remember the day he marched ahead of us into the grocery store, but had to pause as the automatic doors slid open. He watched them closely, then announced as a matter of fact: “Well, THAT was magic!” Then he marched through.

Was it magic? Not really. I know, and you know, and he knows now that he’s older, that automatic doors don’t operate on fairy dust. There is a mechanical, electrical explanation, and it all adds up and it all makes sense. Yes. But isn’t it amazing? The doors open themselves! It may not be magic in a technical sense, but isn’t there something magical about it?

Recently I was on an airplane, and as we left the ground a man sitting near me said quietly, “It’s a miracle. Every time.” Is it really? Not exactly. There are regular laws of aerodynamics and thrust and lift and all of it makes sense and all of it adds up to me being able to fly—and isn’t that amazing?

Somewhere along the way, we seem to have picked up the idea that once we can explain how something works, the magic and wonder disappear. But why should that be? The man on the airplane knew about thrust and lift, but he was still in awe of flight. And he was right. A tree is no less beautiful when we know about photosynthesis and the fibonacci sequence. The stars are no less awe-inspiring when we know the names of their component gasses. In fact, knowing more can increase our wonder—the more I’ve learned about engineering, for example, the more impressed I am that doors can open by themselves, and planes can actually fly. The more I learn about nature, the more genius I see displayed in its intricate details, and I marvel even more at the expanse of the universe as our telescopes and space probes expand our understanding of it.

I don’t believe for a moment that our wonder at the world we’re in should shrivel and shrink as our knowledge grows. That makes no sense to me at all. I think our wonder and excitement should ripen and expand as we grow in knowledge—it should burst open with sweetness and delight and praise for the God who designed a universe of mind-boggling stars and planets, a world teeming with living plants and animals, and humans who can imitate him by creating flying machines and sliding doors and so much more.

My son was not surprised by the magic of self-opening doors. He just accepted as a matter of fact that the world is full of wondrous things. He was right. And I bet we don’t even know half of it.