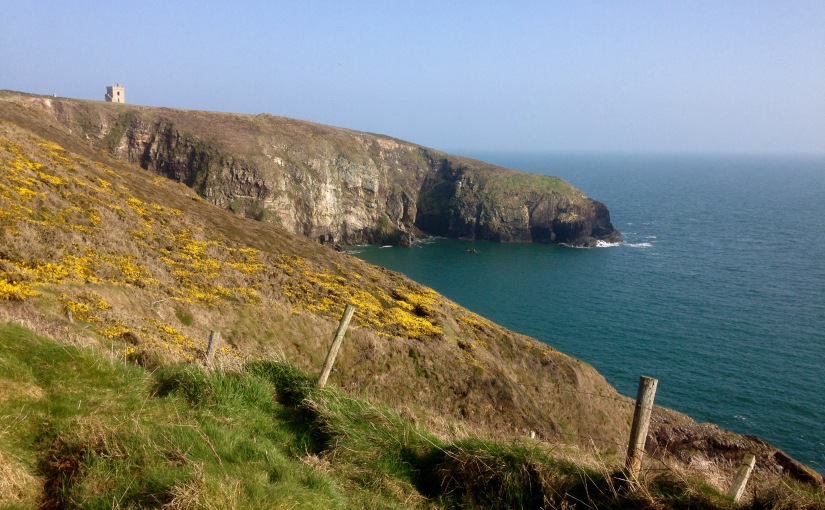 It’s always a busy holiday, with parades and parties and overflowing pubs. The airports are full, and the tourists have their phones out, taking pictures.

But not this year.

This year, St. Patrick’s Day looks very different in Ireland. The parades and parties are cancelled, and even the pubs are closed. The atmosphere is anything but celebratory. This year, the air is heavy with fear. A slow motion disaster is shaking the foundations of our prosperous security, and death itself is whispering threats in our ears. Can we really celebrate St. Patrick’s Day in the midst of all this?

We can. In fact, this year’s celebration will likely be more recognisable to the man himself than our usual revelry. In his short autobiographical “Confession”, Patrick writes:

“I know for certain that poverty and calamity are more my style than riches and enjoyment. But Christ the Lord became poor for us; I too am wretched and unhappy. Even if I were to wish for riches, I do not have them. I am not trying to judge myself, since every day there is the chance that I will be killed, or surrounded, or be taken into slavery, or some other such happening. But I fear none of these things, because of the promises of heaven. I have cast myself into the hands of almighty God, who is the ruler of all places, as the prophet says: ‘Cast your concerns on God, and he will sustain you.’”

These were not empty words to him. Patrick grew up somewhere around Wales, but was taken captive by Irish raiders at the age of 16, and spent the next 6 years in captivity. You might expect such an experience to make man bitter and angry at God, to make him rail against the injustice of his fellow man, but you won’t find any of these attitudes in Patrick. In slavery, he learned to love God, and began to recognise Him as the treasure above everything else:

“Where did such a great and life-giving gift come from then, to know and love God, even at the cost of leaving homeland and parents?”

“And many were the gifts offered to me, along with sorrow and tears.”

Patrick’s sorrows and tears and calamities and losses gave way to thanks as he looked back at God’s grace working in his life, and forward to God’s promises for the future. The treasure he found in slavery shaped the course of his life, and changed the history of our island.

After escaping slavery and finding his way home, he returned to Ireland. He deliberately went back to the land of his enemies for the sake of carrying the gospel to those who had stolen and enslaved him. Can you imagine? His friends couldn’t. They warned him of the dangers he would face, and they were proven right: he did face dangers in Ireland. He writes of being in fear of his life twelve times, of being taken prisoner, and robbed. He could have walked away. He speaks of missing his home. But he stayed, and suffered:

“I bore insults from unbelievers, so that I would hear the hatred directed at me for travelling here. I bore many persecutions, even chains, so that I could give up my freeborn state for the sake of others. If I be worthy, I am ready even to give up my life most willingly here and now for his name. It is there that I wish to spend my life until I die, if the Lord should grant it to me.”

“I come to praise and magnify your name among the nations all the time, wherever I am, not only in good times but in the difficult times too. Whatever comes about for me, good or bad, I ought to accept them equally and give thanks to God. He has shown me that I can put my faith in him without wavering and without end.”

As we celebrate St. Patrick’s Day this year in a time of fear and uncertainty, trouble and upheaval, we can know that Patrick himself would understand. And perhaps he would whisper in our ears what he wrote so long ago:

“The one who gave the promise is faithful, and never lies.”