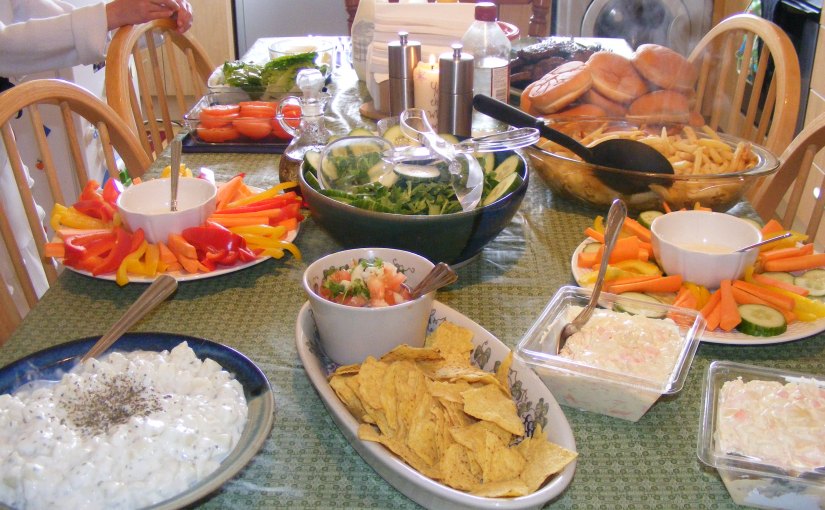 It doesn’t take long. You walk in the door and know within twenty seconds whether you’ve stepped into a comfortable home where you can relax and belong, or walked into a set of rooms that are evaluating and anticipating your departure. It’s almost as if you can smell it, even though you can’t quite put your finger on the scent. You know. Oddly enough, the outside couldn’t tell you. You had to cross the threshold. A house encloses an atmosphere all its own, an atmosphere you can only guess at until you’ve filled your lungs with it. I’ve been to warm brick mansions with flower-studded gardens where the other side of the door holds air that is stale, expensive, and untouchable. On the other hand, I’ve breathed in generous kindness inside shacks that let the sun in through their cracks, and sent the sound of laughter back to meet him. But that doesn’t mean it’s an income issue: I’ve also been to identical houses that shared the same street, yet behind their doors the air was radically different.

What is it that makes a home feel welcoming, or unwelcoming? What is the scent of hospitality?

It smells like dinner, probably. A lovely dinner, at a large table, surrounded by friends. But then again, that doesn’t explain the times I’ve been to dinners where the food was incredible, the table large, the house immaculate, and the atmosphere sour. I’m all for lovely dinners, but even the best of flavours can’t overcome the feeling that my host doesn’t care two beans about me as a person. I’d trade any feast with a host like that for two beans with someone who actually cares. Actually, I don’t even need the beans. Two ears will do just fine, if they’re really listening.

Hospitality must be about more than houses and tables. Just think, Jesus himself didn’t have either. We only hear about him feeding people a few times. Yet I believe he was the most hospitable man who ever lived. Why? Because he shared much more than food or shelter: he shared himself. He welcomed people into his life, even (especially!) if they had nothing to offer in return. He really listened, and responded to what he heard. He sought out those who were in need and provided for them. He offered himself to all people as the “bread of life”, broken once for all time to provide true life to all who would come to him.

This is the scent of hospitality. It is the fragrance of an open heart that is ready to welcome others deep into its life and affections, regardless of what they can give in return. Is it any wonder that such hospitality often includes the tangible signs of an open door and a seat at the table? Of course it does. And when it does, the food will taste better surrounded by the scent of hospitality. This is what I want people to smell, even if they can’t quite put their finger on it, whenever they come to my home, eat at my table, or meet me on the street. I want to be a man whose sharing is not limited to places and things, a man who follows in the steps of Jesus to share himself with others.