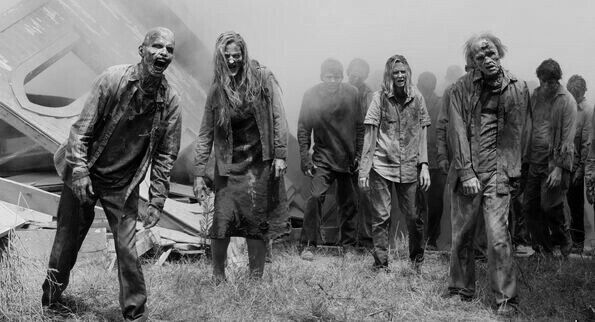 These are good years for the undead. They’re stars in some of the biggest blockbuster films, TV series, and book franchises, and make special appearances in many more. The fame is certainly more enjoyable for the Vampires than the Zombies, though, because Vampires love looking well, and Zombies don’t enjoy anything. Except brains. Their undying appetite for brains is legendary; they will do anything for a taste. They won’t even notice if they are shredded by machine guns or axes in the process, they relentlessly carry on with whatever is left to them, focussed entirely on their single objective.

Thankfully, Zombies aren’t real, but that doesn’t stop our writers and producers from using them over and over again to scare us. There’s something about Zombies that we love to fear. It’s curious, really: Why are Zombies so scary? They’re slow, stupid, and dead, after all! But then again, not quite – part of them is alive, and that one undying part is hunger. Everything else is gone. When you boil it down, Zombies are humans who have lost their humanity. They still have human bodies, but they act only on instinct, like wild animals. You can’t reason with a Zombie. You can’t get it to enjoy a good tune. You can’t show it a sunset, teach it to read, or hope for any compassion. All you can know for certain is that when it gets hungry, it will do anything to feed its appetite.

You might say that Zombies are a mirror of everything that is wrong with humanity. They are entirely self-serving, greedy, and unable to care about anything or anyone beyond their own satisfaction. Their existence, even in fiction, highlights by contrast what it means for us to be human: compassion, love, thought, relationship, communication, art, culture, logic, and so much more. But where did these things come from? In other words, why aren’t we all a lot more like Zombies?

After all, Darwin taught us that we became what we are through a long process of the “survival of the fittest”. This is an inherently selfish process, requiring not only the survival of the strong but also the death of the weak. And yet, we humans constantly rebel against this idea, spending trillions on healthcare for the sick, care for the weak, and food for the starving. Why? If Darwin was right, we’re doing our race a disservice, short-circuiting the very mechanism that made us what we are. Why not leave the weak to die, so that the strong can advance? If Darwin was right, why aren’t we comfortable with acting purely on instinct and using whatever strength we have to feed our own appetites, uncaring about whatever weak body we’ve taken our meal from? Why aren’t we more like Zombies? By his account we should be, but for some reason we can’t do it. We simply cannot bring ourselves to agree with the Zombies, even if our philosophical system tells us that we are nothing more than instincts and impulses, just like them. We still defend humanity, treasure the arts, and show compassion for the weak. We can’t seem to stop. In fact we go further, honouring our strong who put themselves in harms way and even sacrifice their lives for the sake of those who are weak. Where on Darwin’s earth did we get a backwards idea like that?

Here’s what I think: The problem is not our compassion for the weak. The problem is our agreed philosophy that teaches us that compassion is weak. We don’t need more “survival of the fittest”, we need more humanity. We need to change the foundation of how we understand ourselves, and stop promoting a system that makes it more logical for people to act like Zombies than Humans. Our Creator already explained it clearly to us: He made us in His own image, so we are creative, compassionate and relational because He is creative, compassionate and relational.

We weren’t made to be Zombies.