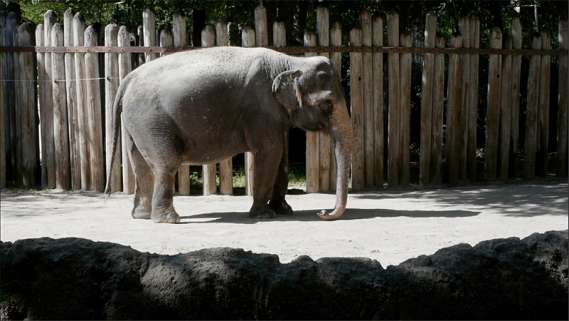 The elephants at Belfast Zoo were rocking. As soon as we turned the corner and saw them, we had to laugh. They looked like they were grooving to their favourite tunes on invisible headphones, and we started trying to figure out what song could make elephants dance like that. The game stopped, though, when we read the sign: these elephants had been rescued from captivity and hard labour. They had spent years working in logging camps and circuses, and had gotten used to being chained up whenever they were not working. The rocking had nothing to do with dance music: It was a coping mechanism, because for much of their lives, they couldn’t do anything else.

The backstory explained a lot, except this: The chains are gone now. The elephants live in a generous enclosure at Belfast Zoo, with plenty of room to move around and do whatever it is that pachyderms like to do best. And yet they rock in place, just as stationary as if the chains still held them. Over time, the chains had achieved more than their purpose of holding the elephant’s legs. They had somehow reached much deeper, locking their minds in captivity as well. And we all know that elephants never forget. Even after many years of relative freedom, the massive animals still live in self-imposed bondage, restricted only by their own habits. Their prison came with them in their heads, even though the actual chains on their legs were broken long ago.

I shouldn’t be too hard on the elephants, though. How many times have I, like them, been stuck in the grip of events long past? How often does my own mind rock in the ruts of past tragedies, broken relationships, personal mistakes and failures? Sometimes, rocking in my invisible chains is more comfortable than exploring unknown freedoms. But it won’t get me anywhere. I can catch myself thinking that a change in the weather is all I need to fix whatever is wrong in my life – a better environment, a different location, the removal of difficult people, the removal of the chains I’m tired of wearing. But the elephants teach me that I actually need much more than just the external freedom of happy circumstances. Even if I somehow get everything I want, I won’t be able to enjoy the freedom of it if I’m living under the constant weight of guilt, regret, sorrow, and broken habits from the past. The fact is, people living in the very best of circumstances can still shuffle through life in invisible chains that are heavy enough to crush them. Yet hope remains: even though we invented the chains when we ran away from him, our Creator has crafted the key. At the cost of his own life, he has shattered the powerful chains of the broken past and won for us the incredible freedom of being able to forget the past knowing that all that is wrong can be forgiven and all that is broken can be restored. The question for me, and for us, is simple: will I step into the wild, unpredictable freedom of trusting and following my Liberator, or stay in the stationary, steadily rocking comfort of my own memory?

The apostle Paul had the right idea:

“…one thing I do: Forgetting what is behind and straining toward what is ahead, I press on toward the goal to win the prize for which God has called me heavenward in Christ Jesus.” (Philippians 3:13-14)