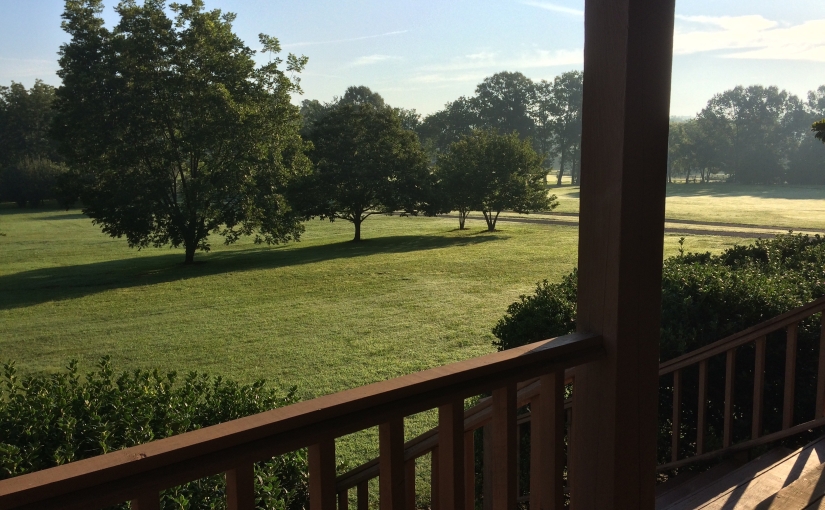 It was my mother’s dream to have a log house, and my father built her one in Possum Holler, in the rolling hills of northern Alabama. You’d have trouble finding that name on a map, but it’s the place I grew up alongside the peach and pecan trees my Dad planted in front of the house. I didn’t see very many Opossums there, but it was a Hollow in the mountains, so that fits. There was a lake as well, and a small cave to explore, and a sinkhole, and the forest on the mountain behind us was basically endless. I would certainly have gotten lost several times in those woods, if I hadn’t had our dog along to show me the way home. She always knew, and I learned to trust her, even when I thought she was wrong.

There was a lot of history in Possum Holler back then, probably more than there is now. The front porches on the new houses may be wider, but they don’t have the deep roots that only grow with time. The lady who used to live on the corner in the ancient house that’s gone now had pictures of her great-great-great-grandchildren (yes, it is possible) filling every level surface in her little wooden house, except where the candy bowl was, which was always full. When I was small, I used to visit her with some of our neighbours. That lady had deep roots. I wish I could remember more of what she said in that nice voice of hers. I’ll never forget what Mr. H said, though, probably because he said the same thing every time I passed him walking on the street or sat on his front porch: “Git your education, son. They ken take everythin away from you, but they caint take what’s in yer head!” Which is true. His brother lived across the street, and he had a parrot that could sound just like the garbage truck. He also had land and tractors, and a willingness to make any deal that would help him and his neighbours, which is how our field got mowed.

Another neighbour started an annual Fourth Of July fireworks show beside the lake. Everyone looks forward to that, and brings plenty of mosquito spray. We used to light our own fireworks sometimes, but once a neighbour kid accidentally set the field on fire with one. Thankfully there were enough adults around to take care of it before it got out of control. Worse, one time the house next door caught fire on a rare snowy New Years Eve, and the volunteer fire department had a terrible time getting there on the icy roads. Don’t worry: by the time they arrived, the fire was already out thanks to friends and family who welcomed the New Year with a bucket brigade.

I heard that a few decades ago there was a fugitive who lived in a cave down the road for months until someone spotted a tin of green beans he had dropped, and one of the neighbour kids found a bone in another cave that turned out to belong to an American Indian. Whoever that bone belonged to had different stories of Possum Holler (whatever they might have called it), but I’m thankful for the ones I know, and the ones I lived. I’m thankful for the forts we made in the forest, the games we played in the long grass, the time we almost fell through the frozen lake, and the scrapes we got from our makeshift bicycle ramps. Mostly I’m thankful for the people. The houses in Possum Holler might be getting bigger and prettier now, but it wasn’t until I moved away that I realised the real beauty of that place has always been the way the people relate to one another. That’s an education no one can take away from me.