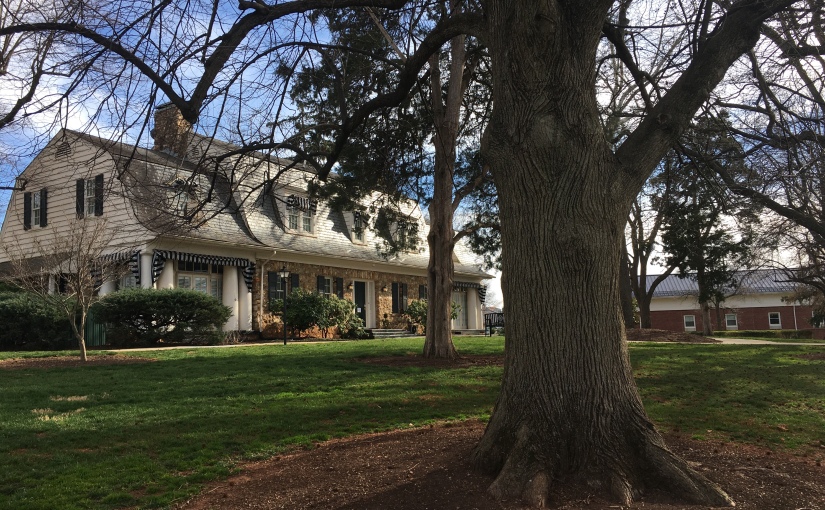 You wouldn’t notice it, if you walked by. It’s just a tree, next to an old house on a university campus. There’s a nice view from the hill, so you’d look at that, not a random tree. But I go there for the tree. To me, that tree, with the ground under it, is sacred.

The first time, there was a red and white table cloth and the question was a game changer: “Will you be my girlfriend?” We walked down the hill, holding hands for the first time and my face hurt from smiling but I couldn’t stop.

The second time, a year later, the question was going to be bigger, so I brought a string of lights to put in the tree above the table. When I tried to put them up, the branches were too high. I said to the Lord, “What can I do? Help me!”

That very moment, a man called from the nearby car park: “Do you need a ladder?”

Turns out, he had the ladder because he was a professional photographer. When he found out what the lights and table were for, he said “What time? I’ll be here to take a photo.” And he was.

It worked. She was surprised, and when I popped the question (is there any other question you “pop”?) she said the same wonderful word:

And sixteen years after that, she still makes me smile more than anything or anyone else in the world.

You might walk past an ordinary tree in Virginia and look beyond it at the lovely view, but I won’t. I’ll reach out and touch that tree, gently, the way I would touch a priceless historical artefact.

One thought on “Yes”