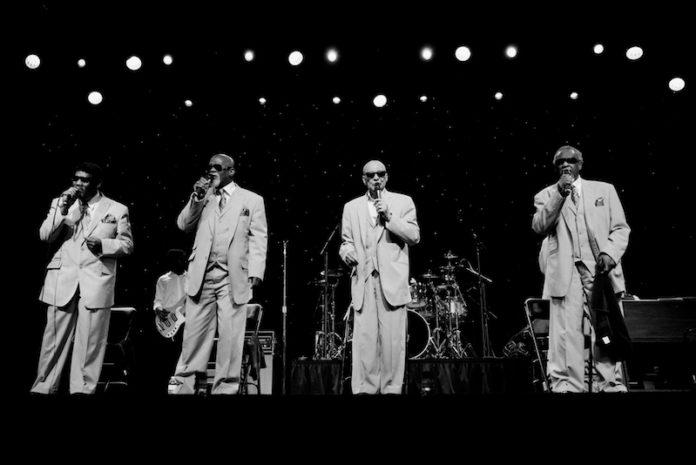 We’ve all heard of the horrors of the trans-Atlantic slave trade. From the 1500-1800’s, more than 12 million souls were captured, torn from their families and homes, and sold across the sea – with almost 2 million dying before they even landed. Those that made it were treated as sub-human property by their new masters, to be used and tossed aside at will.

Of all the people in the world, these are the last you’d expect to hear singing. Yet sing they did, with such passion and rhythm and hope that they eventually created a whole new kind of music: Gospel, a genre still popular enough today that I recently attended a concert at the Cork City Hall along with hundreds of other people who all paid €40 for the privilege of hearing the Blind Boys Of Alabama sing about Jesus in their toe tapping style. I looked on in amazement, because it doesn’t add up: Take a group of men who have personally known the depths of the hate and oppression this world has to offer (they lived through segregation in Jim Crow-era Alabama, as well as a world war), men whose ancestors were stolen and enslaved, men who began life with every disadvantage society could give them already built in – then add on top of that the further disadvantage of physical blindness. Now tell me what you think these men will sing. Why didn’t we hear the angry tirades of many modern rappers and rock stars? Wouldn’t that anger be justified? Why not at least the sorrow of a country tune lamenting all that has gone wrong? Surely they have more right to anger than Tupac or Eminem. Surely they have more to lament than the cowboys of Nashville.

How can they be so happy? How can music born in such suffering and pain have the power to lift anyone who hears it and make them want to dance for joy? And how is it that we who enjoy all the advantages they were denied choose instead to sing so tirelessly of our misery, heartbreak, and loss?

The Blind Boys know, and they were quite clear when they visited Cork: “Jesus is the answer” they said, and sang, and demonstrated with their obvious joy in the face of all they have known and experienced. Jesus is the Gospel behind the music, the reason toes can tap in joyful rhythm even in the midst of earthly oppression and disability and war. Jesus, the most innocent man who ever lived, who let himself be oppressed and unjustly killed, who did it “for the joy set before him” – knowing that his victory over the death our sin deserved would open the door to the most glorious and enduring celebration ever known, a celebration that the Blind Boys tapping toes are inviting us to glimpse and taste as we wait for their voices to join with all God’s rescued children in the Gospel Music Session of the ages!

2 thoughts on “Gospel Music: The Happy Song That Grew From Suffering”